One thing that I’ve been extremely grateful for during this stay at home order is creating a new bond with my baby boy Legend. Before Freedom was born, Legend was practically glued to me. I always carried him, we were so close. I talk more about that in a past blog. Of course I thought when I had another baby that I would be able to manage being a mom of three and dividing my time up. I realized that it wouldn’t be so easy just minutes after giving birth to Freedom when I walked over to pick Legend up to let him know that he was still my baby. The nurses quickly told me that I could not lift anything heavier than Freedom. My heart was shattered that I wouldn’t be able to pick Legend up for a while. Then later I would experience extreme mommy guilt when I started working three weeks after having Freedom. Legend’s nurse would be spending more time with him than I would. This made me sad and feel like I was failing as a mother. When I would get home from work in the evenings, I would be tired. Freedom would immediately take up the bulk of my attention wanting to nurse. By the time I got her settled and had a minute to breath, Legend would be asleep for the night. He would still be asleep when I left for work the next day. Now that I’ve been home and we’ve been on quarantine, I’ve been able to spend more time with my baby. Since his nurse and therapists aren’t coming over right now, I’ve been able to take the responsibilities that I once enjoyed doing with him. One of them being physical therapy.

Today while doing teletherapy on the computer with Legend’s physical therapist, she noted how much he had improved with there being a significant difference from his performance on yesterday. She mentioned how he was holding his head even better while doing his exercises especially the ones that required him to pull his head up completely by himself. I cheered him on as I had been doing with kisses every time he completed an exercise. This has become one of my favorite moments of the day although just a few weeks ago it was not.

My first day doing a full therapy session with Legend at this age without any help wore me out. I was tired. I realized that he had gotten heavy and that I would need to step my game up on arm day workouts. Before I complained about how heavy he was, I remembered the day I cried when the GI doctor told me he needed to be admitted into the hospital and that he’d have to get a NG tube in his nose because he wasn’t gaining enough weight. This new “weight” was actually a blessing.

Legend’s head has always been on the larger side. I don’t think that it has anything to do with his condition, considering that both Jarvis Sr. and Jarvis Jr. have similar heads. Because Legend’s head is bigger combined with him having low muscle tone, he’s had to work extra hard to get to where he is now. There have been days where I found myself sad that his head would drop and hit the floor while he was trying to push up to crawl. Even still, I never saw him give up. He just kept trying. A few months ago I noticed that he started doing this thing where he would throw his head all the way to the side while in his chair or in his stander to where it would hang out over the side and then he would pull it back. He would smile once be got back upright. The first time I saw him do this I got scared. I thought that he was going to hurt himself. Instead this was his way of doing a workout with himself. This takes a great deal of strength that I admire him for having. It’s this same strength that makes him legendary in my opinion. I don’t know many babies that do things that they don’t have to for their personal development let alone with a smile. There are even some adults that don’t do this. The kid is special but I knew that since the day that I found out that I was pregnant with him.

I remember there was a time that I questioned my path and wondered why it seemed that I had to go through so much. Although I wondered this, deep in my heart I knew that there was a greater purpose and one day somehow those hard times would be a proud part of my story. I was right and now more than ever I understand that I had to bear that weight to be better today. Just as Legend uses his head as a weight to make him stronger, I try to use my trials to do the same. The next time you feel that you’re carrying a heavy load, I hope that Legend comes to mind and that you remember “heavy is the head that wears the crown.” 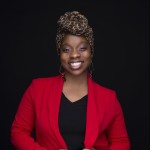 2 thoughts on “Heavy Is The Head”

Passionate about the arts, health and wellness, children, and families, Corinthian Elizabeth serves using her gifts as a mother, wife, poet, artist, writer, painter, speaker, rapper, and healer while pursuing her soul mission and creating an abundant life. Corinthian uses this space to share poetry, inspirational messages, art, and provide tools for self-healing. Corinthian Elizabeth is the owner of The Book of Corinthian LLC that serves to spread love through lifestyle, art, and promoting healing of the mind, body, and spirit. She currently teaches Art at a local middle school. She invites you to turn to any chapter of her book and find the page that's just for you! Welcome!